Çorum is on a busy route which connects Black Sea Region to Central Anatolia Region and Eastern Anatolia to west thanks to its geographical position. It has its own culture and artistic tradition. It hosted many cultures and it incorporates the products of different cultural and historical heritage. Çorum which has an important place in the history with its essential past and rich culture is one of the touristic center in our country in terms of culture tourism. The data dating back to 7000 years ago can be found in our city and Hattis, the capital of Hittites who established the first settled civilization, is also in the borders of Çorum. Hattis, taken in to the World HeritageList, is one of the 9 wonders of our country. The Hittites are as old as Egyptian Civilization, the tablets of Kades Treaty signed between these two civilizations were found in Boğazköy. More than ninety gods, goddesses, animals and imaginary creatures processed on rocks have been found on Yazılıkaya Rock Temple. The first national excavations were performed in Alacahöyük with the order of Mustafa Kemal Atatürk. The pieces such as sun discs. bull and deer statues found in 13 Kings’ tombs from pro-Hıttites period show the high culture of the era. The Sphinx Gate and the reliefs are the reflections of Hittite Religious Ceremonies to present day. The building , where the pieces from the capital Hattis and Alacahöyük , Ortaköy-Şapinuva , Hüseyindede excavations were on show , was registered as the Protected Cultural Heritage. This building dating back to 1915 has the late Ottoman period features was taken to Conservation of Immovable Cultural Property list. It was restored and opened as Çorum Museum. The exhibition in the museum is organized in a contemporary understanding. The pieces from the civilizations from Late Chalcolithic period (BC 5000) until today is exhibited chronologically. Hittites still live with their cultural heritage in any part of Anatolia and they had the biggest political power in that era. They were also one of the most important rivals of the Pharaoh. They also changed the face of middle-east. They have a history of 3500 years and the capital Boğazkale- Hattis is 209 from the eastern Ankara, and 83km from southern Çorum. Should you take the first right 5 km after Sungurlu Junction and drive for another 24 km , it will take you to Boğazkale. From the nineth km of Boğazkale road, you can reach Alaca. And from this road, going for another 10km will take you to Alacahöyük. Historical and Cultural city of Çorum is one of the tourism center to be seen. Mosques, bridges, castles, and examples of civil architecture can be seen in any part of Çorum, as well. Three excavations which were allowed by the Council of Ministers are still being held in our city. One of them is foreign, the other two are domestic. Apart from these, there are two protection excavation directed by the Directorate of Museums. Furthermore, the surface researches are still being made by the scientists. The Hittitology Congress which is held every three years is also in our city every six years. Many scientists from all over the world participate in this congress. The permanency of this congress contribute to our country introduction seriously. Çorum is also worth seeing in terms of its plateaus, İncesu Canyon and its other natural beauties. The smell of the roasted leblebi (chickpeas) is also something to talk about. Rice produced in Osmancık and Kargı is worth tasting for their different tastes. Our city is also developed in terms of industry and trade. In parallel to this, the facilities don’t have enough capacity for panel discussions, symposiums and conference tourism. The four and five star hotels which are still being constructed will make our city the congress centre of the region.

Turkey; exotic, colorful, many-faceted, romantic, ever-old, and ever-new is the gateway and to the fabled east. Turkey is a country located at a point where the three continents of the old world, Asia, Africa and Europe, are closest to each other and where Asia and Europe meets. Because its geographical location, Anataolia has always been important throughout history and is the birth place of many great civilizations. Turkey is not only a passageway from which the ancient Asian Turkish Culture is transmitted to the Europe, but also coounted as a window of Western Culture opening to meet the Eastern Culture. The surface area of Turkey including the lakes is 815. 000 km2 /315. 000 Sq. miles. It is much larger than many European countries, for examples bigger than Great Britain and France combined, Italy and Spain together, also 18 % bigger than Texas in USA. Out of the total land, 97 % is in Asia and this part is called Anataloia by Turks or Asia Minor in the history, 3 % is in Europe which is called Thrace, Trakya by the Turks. The country is divided by the Dardanalles, the sea of Marmara and the Bosphorus and surrounded With Three seas, The Blak Sea on the north, The Aegean on the west and Mediterrenean on the south So it is a Big peninsula. Turkey has boundaries with the neighbouring countries, such as Greece, (212 kms/131 miles) and Bulgaria ( 269 kms/167 miles) in the West, Armenia, Georgia, very little part of Azerbaijan (610kms/380 miles) and Iran (454 km/ 280 miles) in the East, Syria (877 kms/540 miles) and Irag (331 kms/205miles on the south . Turkey is a rectangular shape with a length 1660km/1031 miles and a width of 550 km/341 miles. and is stretching between 26 degrees north to 42 degree north, and from 26 east to 45 east. Turkey has 8200 kms sea shores. Because of these long coastal borders and being a bridge between the continents of Asia and Europe, Turkey had been the center of the major commerce and immigration roads. Ankara has been the capital of Turkey since 1924.

All the participants stay in Anitta Hotel which keeps five-star comfort at the highest level for the guests and located within walking distance to the downtown. Full board (breakfast, lunch, dinner) is provided for the participants in the hotel. The athletes and officials go to the matches and training with the shuttles arranged according to their match and training programs. 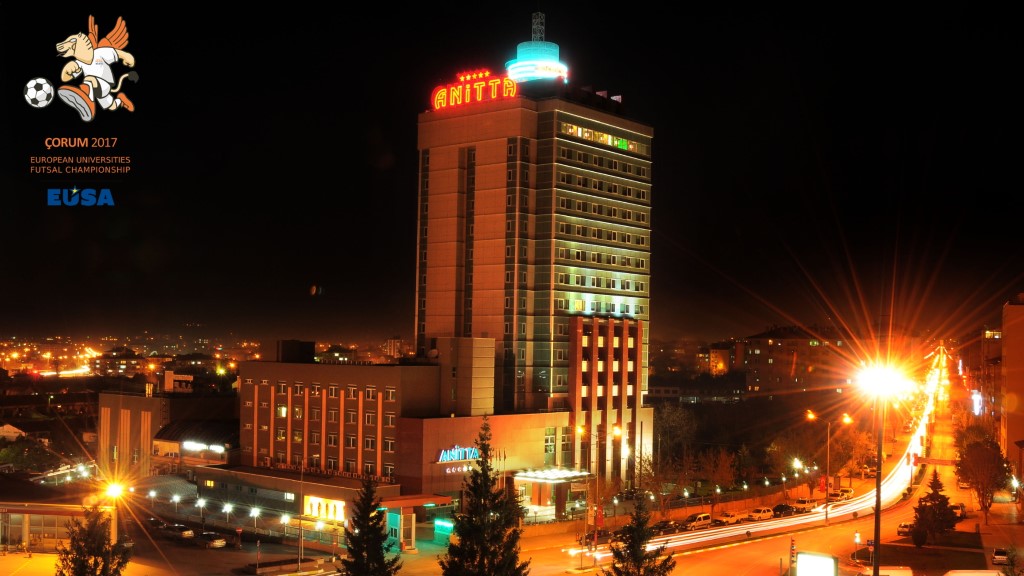 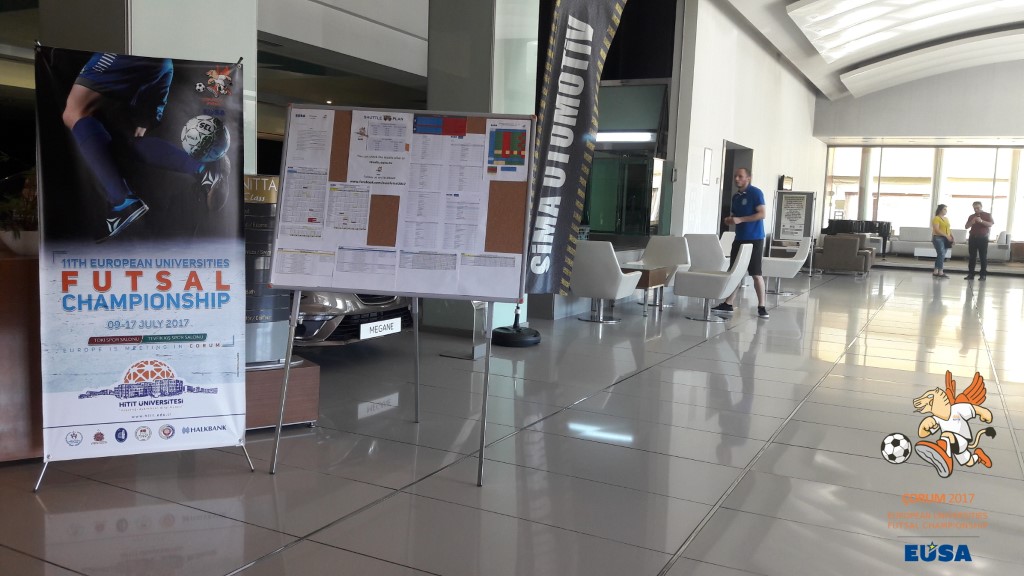 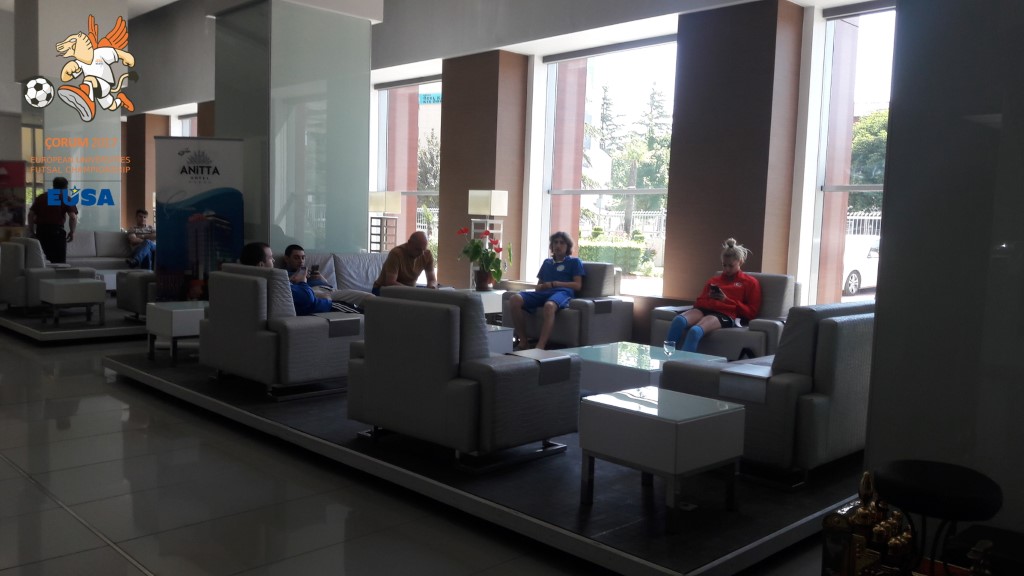 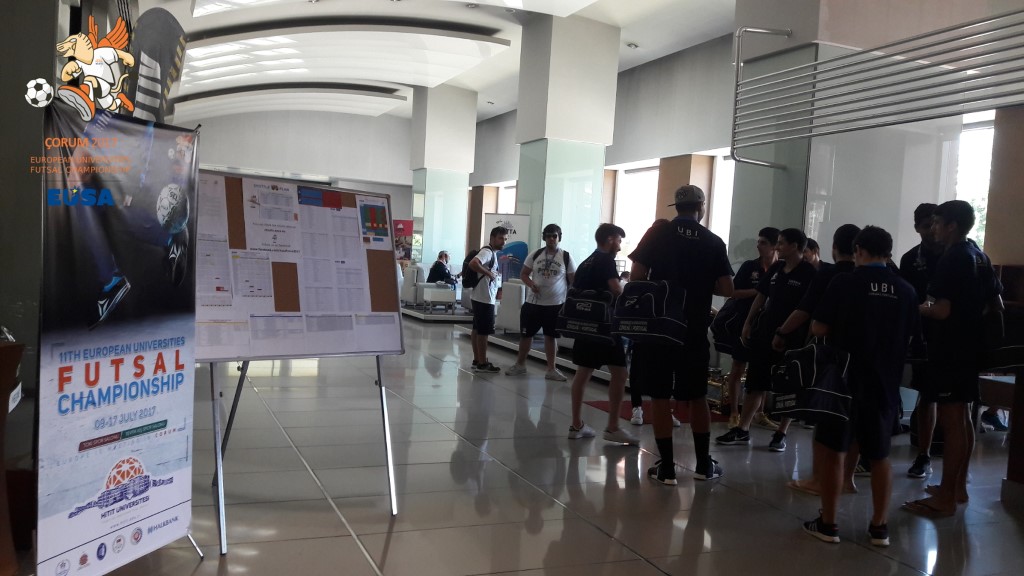 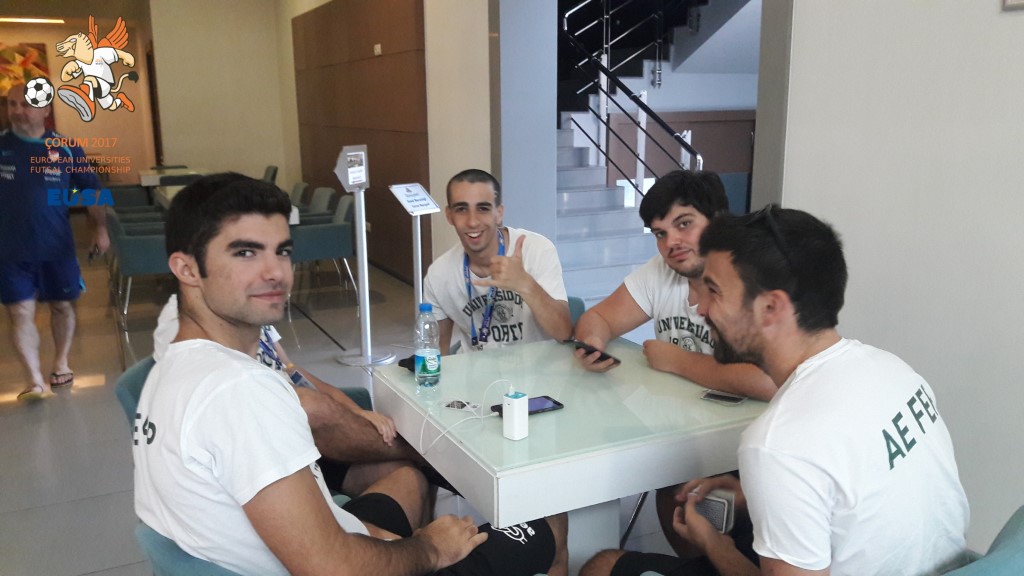 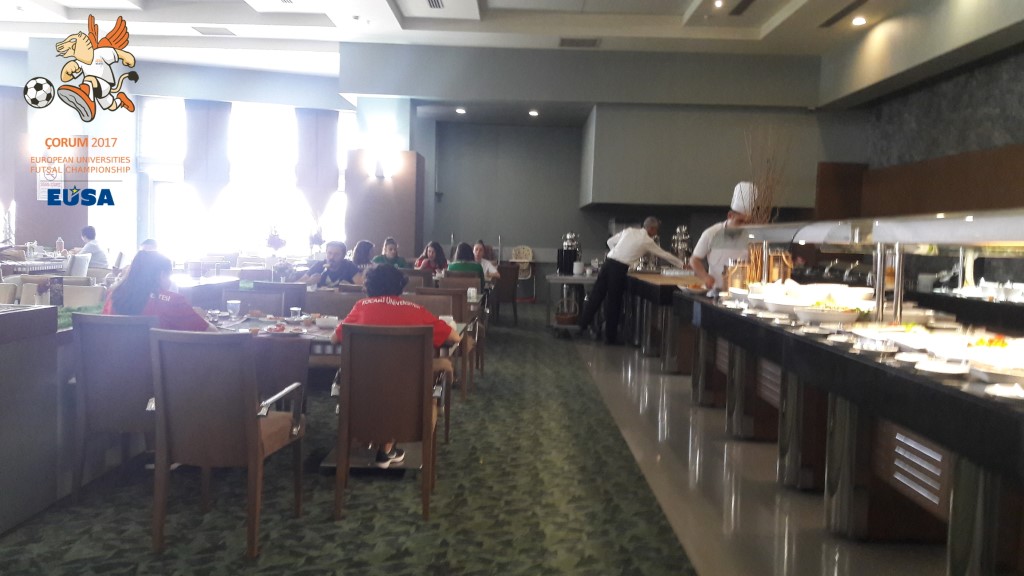 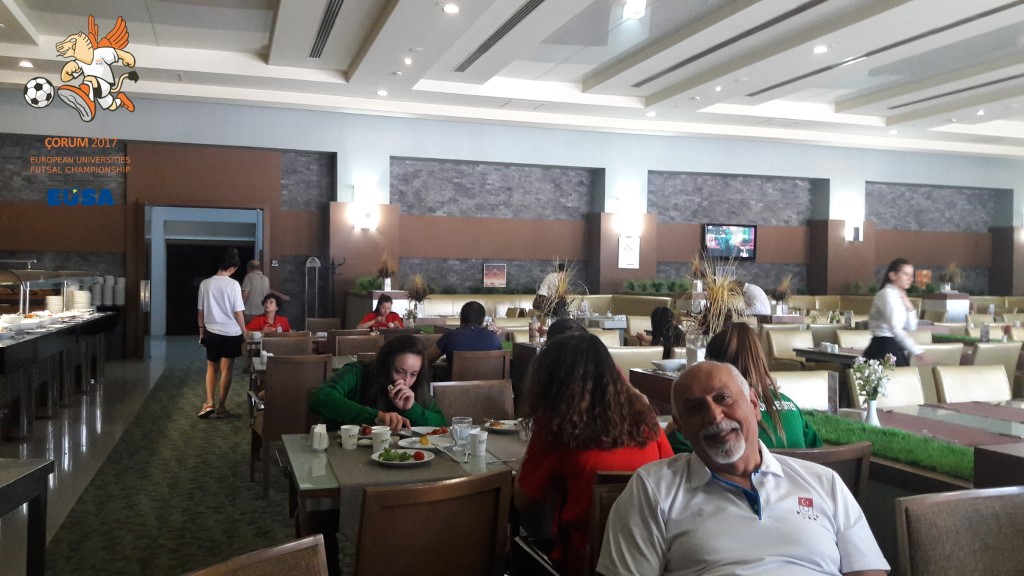 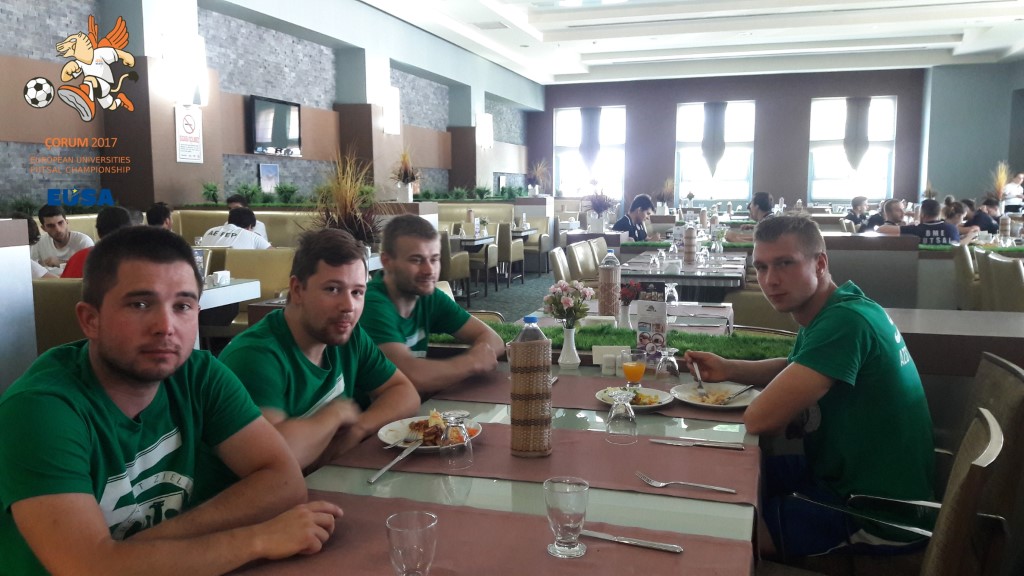 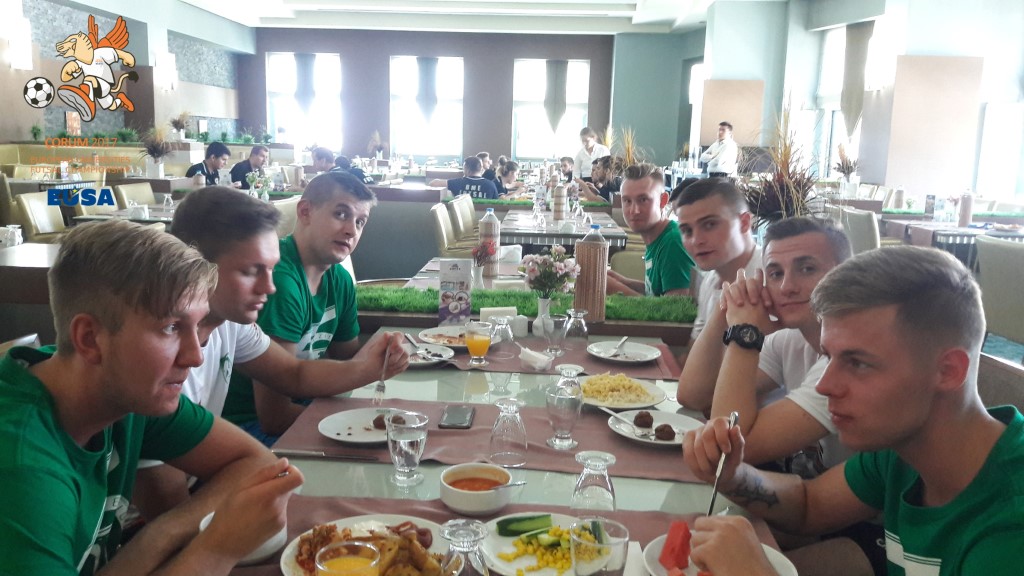 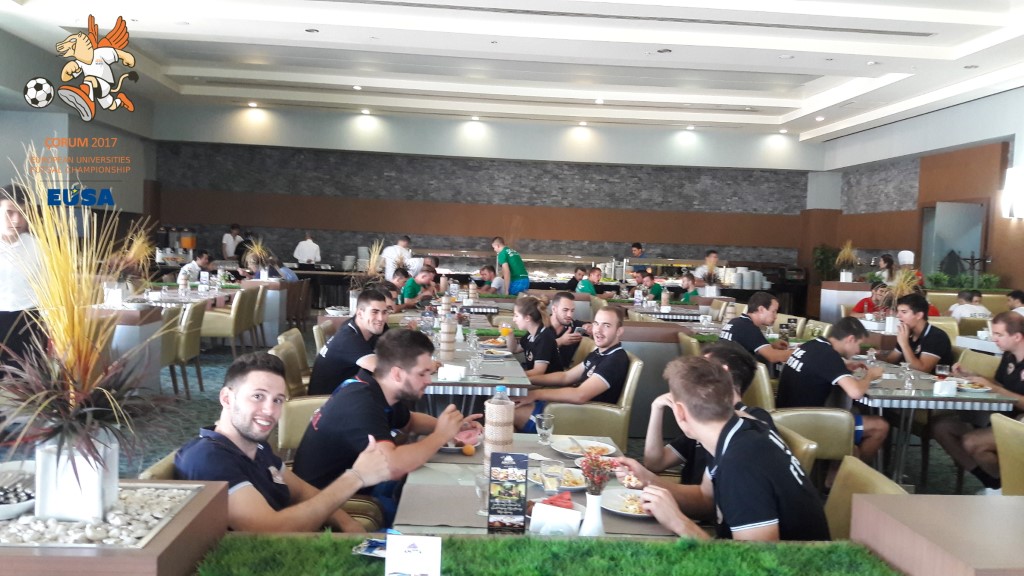 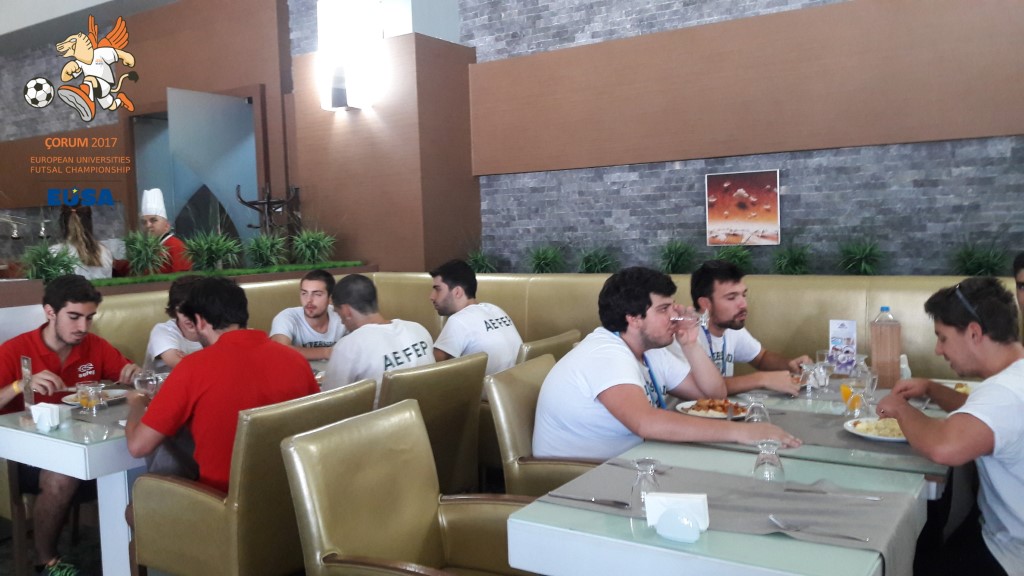 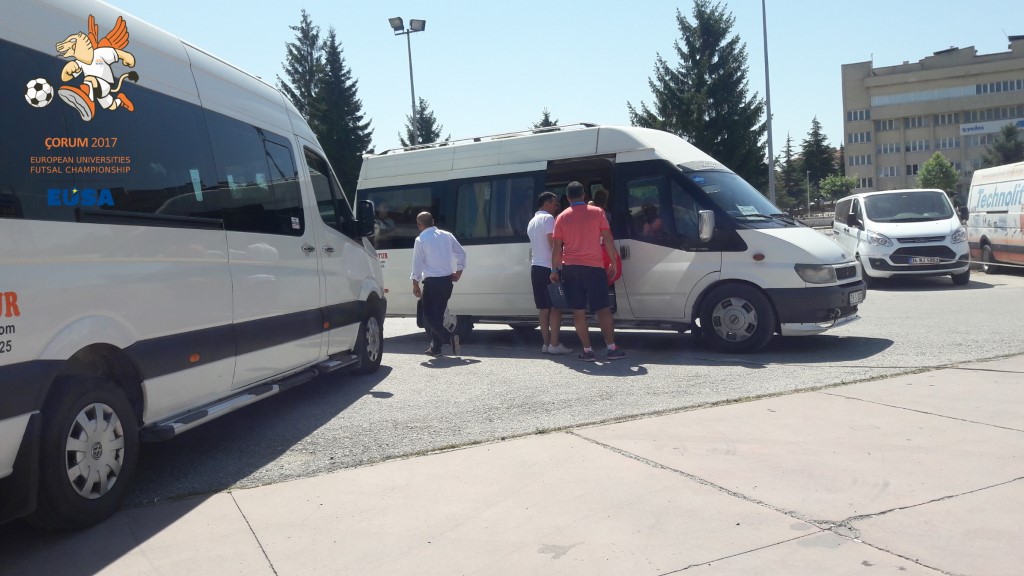 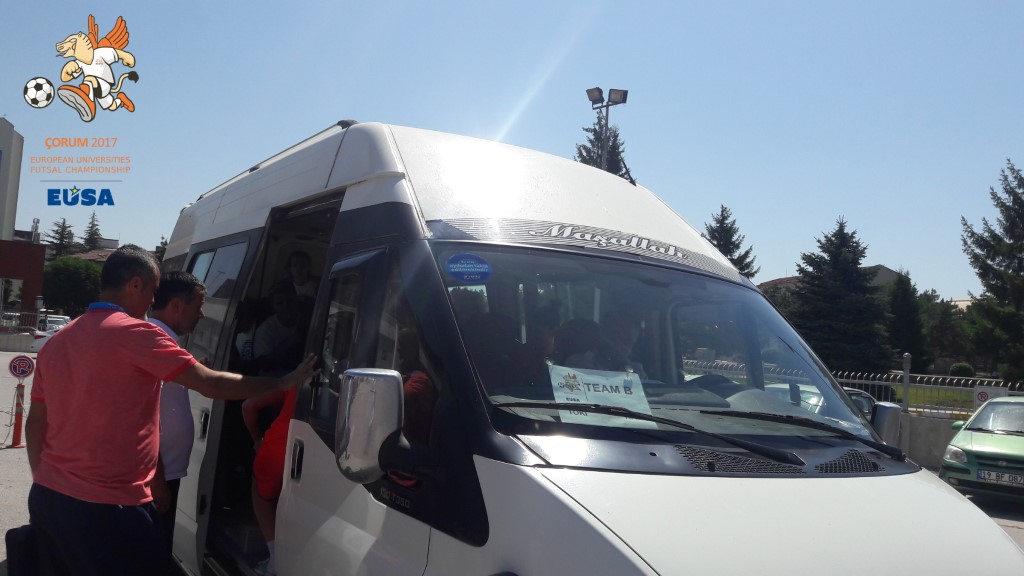 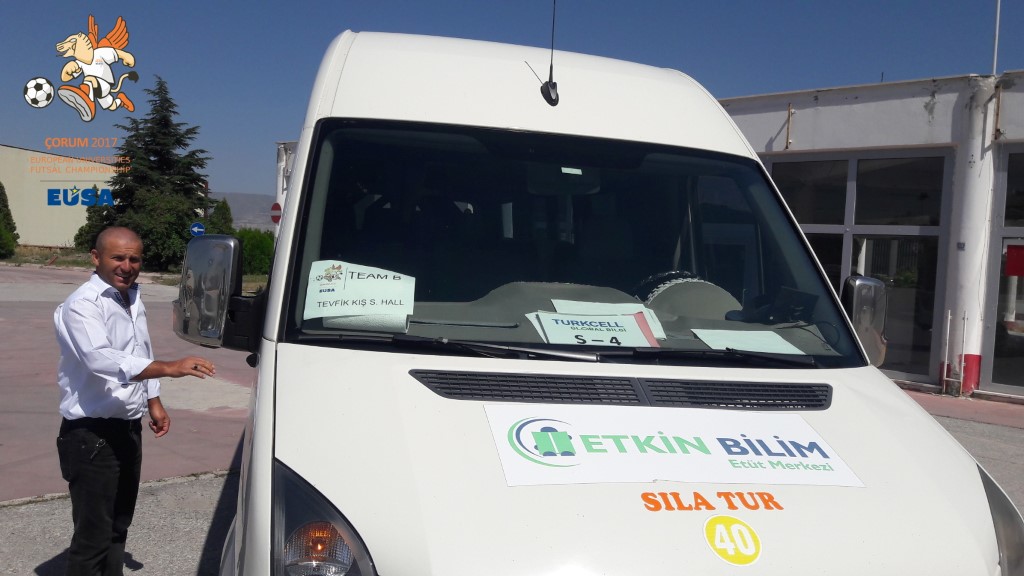